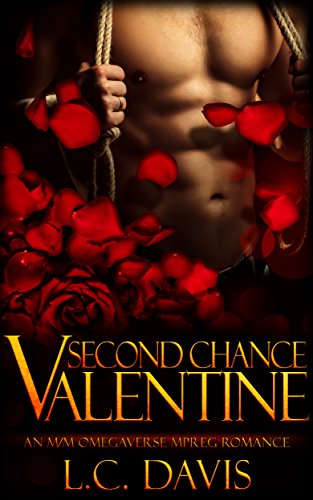 An Alpha hitman and the beta he was hired to kill get a second chance at love…but first, they’ll have to run for their lives.Peter is a hired gun who answers to no one. John is his exception to everything: his perfect kill streak, his romantic preferhis romantic preference for omegas, and the subzero temperature he keeps his heart at, just the way he likes it.

The beta is too smart for his own good, a private eye who lives for making enemies of powerful men. One wanted him dead badly enough to hire Peter to do the job, but he fell in love instead.

To protect his destined mate, Peter betrayed the man he once called brother and let John believe the unthinkable. Three years later, Lake Kristoff is out of prison on a technicality and Peter can no longer protect John by keeping him at a distance.

John earns a living catching cheating Alphas in the act, but it turned out the joke was on him when he found his own mate holed up in a hotel with an omega.

He never should have believed a word out of the Alpha’s mouth, but even the cruelest lie sounds sweet in that Moscow accent.

Three years later, John is still paying the price for trusting Peter with his heart. Now the Alpha is back, demanding that John trusts him with his life and telling him everything he knows about their past was a lie.

This second chance romance contains mature subject material that follows MPREG tropes and may have a rough road leading up to the inevitable happily-ever-after. Adult audiences only. 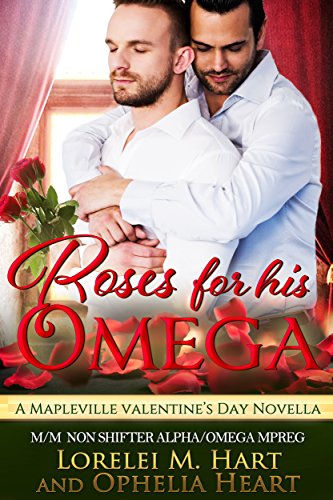 Attending a Valentine’s Day wedding solo, when your “plus one” just dumped you, is about at romantic as a visit to the dentist. Reid hesitates to accept the invitation to his college roommate—and onetime lover’s midweek wedding, but at least he has ang, but at least he has an enviable date in hotshot lawyer, Topher. Until, after Reid’s bought their plane tickets and made all the plans, Topher dumps him. Rather than stay home and mope, he chooses the possible lesser evil and heads for Mapleville. He’ll deal with his misery and the snowball of ways his life is falling apart when he gets home. One thing for sure, he’s not going to make important decisions based on the vagaries of an unreliable love life. Maybe the good things of life are just not meant for him.

Kayson lives a good life, by most accounts. He works with his aunt at her local florist shop creating beautiful arrangements and spreading sunshine through botanicals. He lives in a town he adores. He has the finances to live peacefully without financial stress. Only problem is, he is lonely. He longs for a mate, someone to spend his life with, raise a family with and in small town Mapleville, there just wasn’t anyone who fit the bill.

When Knox and his future bride, Celeste, hired Vivian’s Roses to do their wedding flowers, it appeared to be just a typical gig and then bridezilla came out. Between switching orders and outbursts there was nothing more he wanted than to have the wedding be over and done with. Until a coffee shop encounter with Reid turned his world on its axis. Instant chemistry and a connection like none he’d experienced before had him wanting time to slow giving him the opportunity to convince Reid to stay in Mapleville and be his omega, his mate.

Roses for His Omega is a Valentine’s novella filled with enough sweetness to cause cavities, a touch of knotty heat, and enough love to go around. 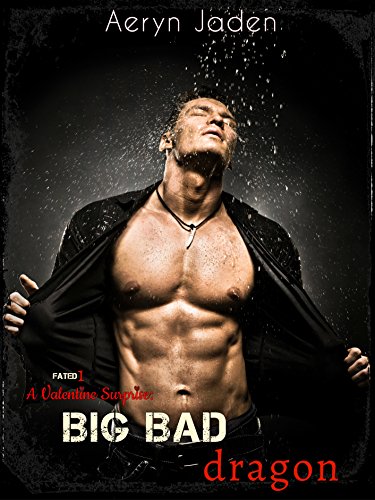 Over 39000 words of sweet paranormal romance with hot scenes to make your pulse race! Enjoy! ❤What if you suddenly found yourself in a Dragon's Lair? What would you do? Mmmm. Enjoy it, of course. Especially when the dragon is so yummy! Ryuu had spendr />
Ryuu had spend his life having to explain why he likes dressing in woman's clothes and resenting that he was different. Travelling the country with his boyfriend and working as a drag queen entertainer had been fun. Until it got old. The moving around and the boyfriend. Finding a new stable job in Boston is a godsend. He doesn't know yet just how true that statement is.

Troy lives in his caves. He hardly goes out, unless his somewhat friend, Hermes, makes him. Yes, that Hermes. And Troy's that old. And weary. He's a naga dragon and has no time or patience for humans' bullshit. Then he hits a human with his car and takes him home to heal. His life will never be the same.

Will the stubborn dragon realize in time what treasure he had stumbled upon, with a bit of friendly help? The sex is great but is that the only thing that is special about Ryuu? Even if he does open his eyes in time , Ryuu may not survive the sudden immerse in a world where dragons are venomous snake-like hunky guys and mythological gods own clubs. Especially if you mix in all the craziness an impulsive competitive brother and a scary as hell future mother-in-law. 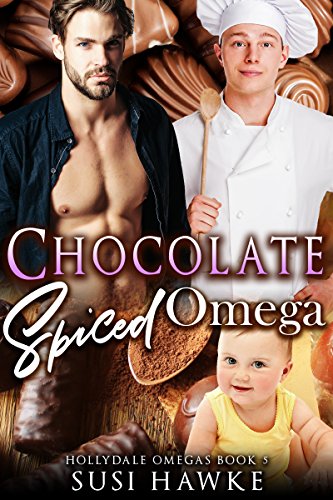 Single father Pierre Duchamp has recently returned to Hollydale with plans to open Salty Stix, an authentic French bakery like the one he apprenticed at in Paris. The omega doesn’t have, need, or even want an alpha in his life—especially a provincial small town rube that doesn’t understand the concept of a little healthy competition.

Kent Hawkins doesn’t want drama. He just wants to spend his days making candy for Sweet Ballz—a place that is so much more than just a job, it’s his life. If only the thieving French baker across the street would quit revamping and one-upping Kent’s recipes.

A one-night stand gone wrong… two dessert loving men who can’t find a way to reduce their boil to a simmer… and a mysterious hippie who keeps accidentally making things worse while he blithely totes around his little harp. Celebrate Valentine’s Day in Hollydale—a sweet little town where strange things happen but your friends are always there to have your back.

This is the fifth book of The Hollydale Omegas series. This book is about 27k and most likely contains an HEA. 18+ readers only please! And yes, this book contains M/PREG, adults adulting in sexy grown-up ways, and way more than an occasional use of potty mouth language.