All unicorn shifter Mpreg books rated over 4 stars on Amazon.com 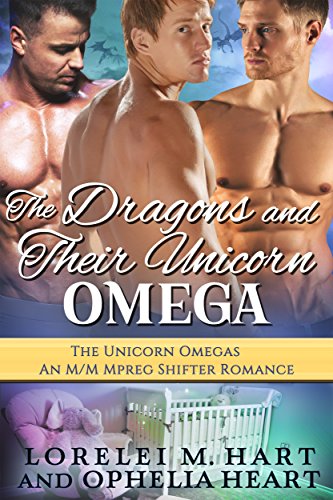 When most people think of unicorns, they think of rainbows and glitter. Grey’s life resembled neither of those things.Grey, named after what his herd deemed his ugly gray coat, has never had a good life. Shunned for his lack of powers and held captivers and held captive by the red dragons who plan to sell him to the highest bidder, Grey escapes into the night. He hopes to find someplace safe, so the town of Haven calls to him.

Ryder and Theo are dragons and true mates—the only problem is they are missing their third, the one to complete them. When they stumble upon a broken-down car, the last thing they expect is to find the one they have been waiting for all those years.

Protective and loyal, Theo and Ryder are determined to keep their unicorn safe and encompassed in love. The red dragons have other ideas.

**The Dragons and their Unicorn Omega is a sweet MMM MPREG shifter romance with some knotty heat.** 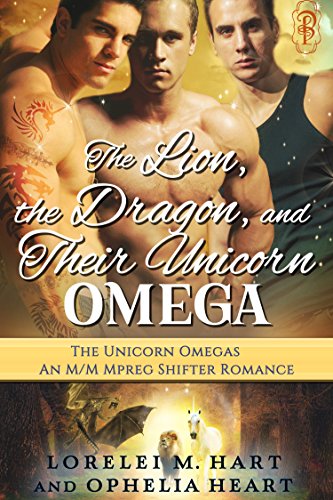 Breaking the bonds of slavery takes more than just physical freedom, which is something newly freed slave Samuel is about to discover.Unicorn shifter Samuel has spent most of his life as a slave for the red dragons, being passed from household to houom household to household like the property her is. When he starts working in Bart’s mansion he expects it to be more of the same—instead he finds himself seeing more and more glimpses of the future, a future that does not include being owned. A future he never dared dream of.

Lion shifter Sasha loves his life in Haven and the semi-retirement it allows him. Being a paid mercenary was both exciting and lucrative, but he is ready to grow roots. When an elderly unicorn calls, begging him to help her captive grandson he decides to take one last case. He saw what the red dragons did to his friends’ mate, Grey, and his conscience won’t allow him to sit back and let it happen to another even if is means coming out of semi-retirement and risking the life he’s been building.,

Dragon shifter Rob lives the high life complete with penthouse suite, a treasure any dragon would be envious of, and a job that gives him the adventure he craves and the downtime he relishes. It is the life he always dreamed of, yet completely unfulfilling. When his on-again off-again lover and coworker Sasha asks him to help on one last mission together, Rob is powerless to say anything but yes. They set out to rescue the elderly unicorn’s grandson and end up finding the one thing they were both missing in their lives—their omega.

When Samuel escapes his master’s mansion and runs into not one but two shifters there to rescue him, he knows instantly that it is more than just luck. Fate is on his side.

Fate has sent him his true mates, soon giving him the gift of fatherhood. Unfortunately, that doesn’t mean he has his instant happy ever after. There are people to save, emotional wounds to heal, and a new life to build—one that for the first time is based on what he wants for himself.

**The Lion, the Dragon, and Their Unicorn Omega is a sweet MMM MPREG shifter romance with some knotty heat. It is book two in The Unicorn Omega series, and while it stands alone, it does contain spoilers from book one.** 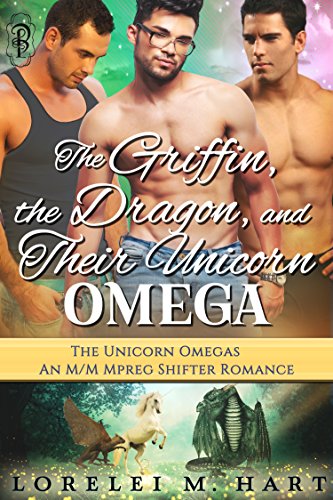 Anthony imagined a lot of things for his future—being traded in exchange for clearing the gambling debt of the alpha who knocked him up was never one of them. Pregnant and alone, unicorn shifter Anthony finds himself in the law office of bear shifter bear shifter Quimby, trying to find a way to save both himself and his unborn child. Anthony loves the baby growing in him more than he loves himself. If only the only three futures he sees in front of him weren’t starving on the streets in hiding, going to jail for a murder he didn’t commit, or being a slave of the red dragons.

Griffin shifter Jules likes his life in Haven well enough. He has good friends, a job he enjoys, and a nice home—a home waiting to be filled with a family. He also can’t stop thinking about a particular hot dragon. If only the timing was better when they met.

Famous comic creator incognito and dragon shifter Gene is ready to settle down. He doesn’t want to play games or have random hookups—he wants a family. When he meets Jules at a comic convention the chemistry is explosive. The only problem is, Jules lives nowhere near Gene’s West Coast roots, and the two decide not to start something they can’t finish.

Months later, Gene still can’t get the griffin shifter out of his mind and decides to listen to his heart and dragon by heading out to Haven, Jules’ home town. What begins as a hot reunion turns into more as they meet Anthony, a unicorn brought to Haven for protection. Their animals immediately know they belong to each other.

If only it were that easy. Anthony is both a murder suspect and the property of the red dragons. The three of them need to make a plan to keep not only Anthony, but also his sweet baby safe as they start their new life together.

The Griffin, the Dragon, and the Unicorn Omega is a sweet with knotty heat shifter male pregnancy romance It is book three in The Unicorn Omega series, and while it stands alone, it does contain spoilers from book one and two. 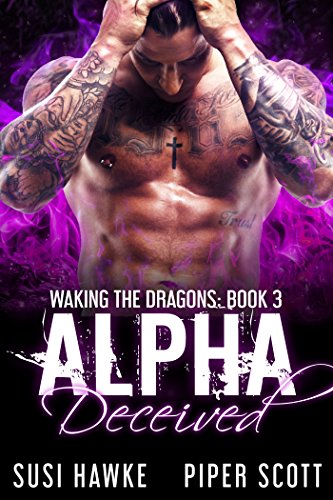 After thousands of years, they’re back…Proud dragon warrior and healer Sana has a secret… one that may forever turn his friends against him, and one that he’ll do anything to keep. He’s worked too hard to keep who he truly is from the world, and he rthe world, and he refuses to let the charade drop, even after waking up thousands of years in the future. But when Peter walks into his life and wakes his heartsong, he knows it’s a secret he won’t be able to hide much longer. With his muscular body and incredible strength, Sana is decidedly alpha in appearance, but Peter is no omega, and that means…

Human lie detector and reformed dragon hunter Peter will stop at nothing to figure out why there’s music in his heart whenever Sana is around… and why that music makes him feel like he’s known Sana his whole life. Peter’s been with other alphas, but the way Sana makes him feel is unlike anything he’s experienced before. But as his attraction to Sana builds at breakneck speeds, so too does the danger they face. The Master Guardian is still on the loose, and the hunters are still under his control… and as a former hunter, Peter may be the key to taking them down.

Can fated mates still so new in their relationship survive the perils of the Hunters’ Guild and rise victorious? Buckle up and let our dragons take you on a ride you’ll never forget… straight into the Alpine Compound, and the dangers therein.

Alpha Deceived is the third book in the Waking the Dragons series and features men as hot as dragonfire, a life-changing secret, a prehistoric version of a certain laundry pod challenge, and a HEA just as legendary as the dragons in it. This 52k book contains mpreg and is 18+ only… did you really expect anything less from Susi Hawke and Piper Scott? 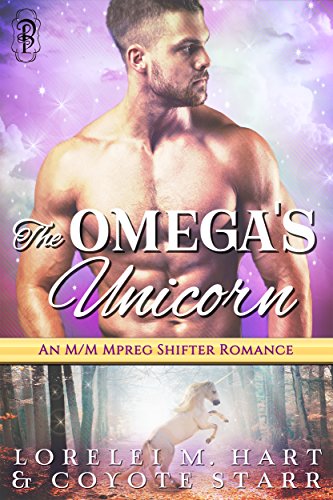 One broken bear. One smexy unicorn. One invisible house. A whole lot of magical, yummy goodness. A Broken BearAdrian comes to Three Rivers hoping to fix his inner bear. Instead, he finds a mentor and a calling. But then tragedy strikes, and now Adriacalling. But then tragedy strikes, and now Adrian fears he’s on borrowed time in the home he’s grown to love.

A Smexy Unicorn
Justin’s in Three Rivers to take care of family business and finds himself immediately drawn to the bear currently squatting in his great-aunt's invisible cottage. He realizes instantly that Adrian is his omega, but Adrian does not trust easily.

Magical Goodness
Adrian and Justin are only beginning to learn to fit into each other’s worlds, when a magical storm blows in and they realize Justin isn’t the only new person in Three Rivers. They soon realize the others out there need protecting, including one adorable, yet terrifyingly powerful little girl.

The Omega’s Unicorn is a stand-alone, sweet with knotty heat, MM Mpreg romance with a bear who likes to hide, a millionaire unicorn, and a couple of witches who soon become a part of their growing family.