Other shifter Mpreg books rated over 4 stars on Amazon.com 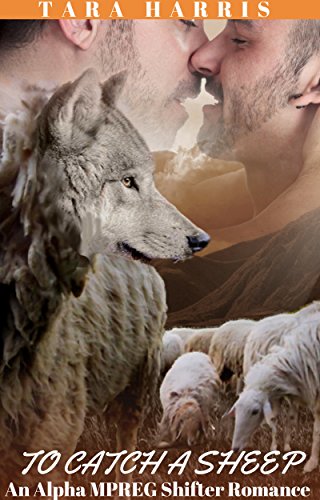 "You don't get it, do you? You think that just because I spent the night with you, that I might actually care about you?"“You can't tell me you didn't feel anything between us... not after what we just did."All is not well in the Wolverne Kingdom, whthe Wolverne Kingdom, where the land is ruled by dangerous wolf-shifters, and the meeker sheep-shifters are left to toil in the fields.

Ranulf Wolverne, an arrogant wolf-shifter, is the Royal prince, born to a life of riches and comfort. This smoldering Alpha is the heir to his family's mighty highland kingdom.

Fergus Dougal, an Alpha sheep-shifter, has had enough of the wolves' oppression. He's been taking care of his starving Clan the only way he can, by robbing the Wolverne's of their royal treasures. Lucky for Fergus, he hasn't been caught yet. But even the best laid plans can go wrong. One unexpected night, in a part of the castle that was supposed to be uninhabited, Fergus finds himself in the Prince's new bedchambers. Can he save himself by stealing Prince Ranulf's heart?

One fateful night will change both their lives forever. Can two men from such different backgrounds find a future together?

This is a standalone MPREG shifter novella. Features two hot men, male pregnancy, love and babies. No cheating and a guaranteed happy ending! 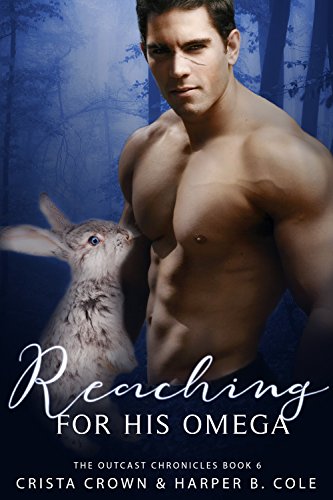 He can see everything... except a future that includes love. Grizzly alpha Caspar long ago resigned himself to a loner life, never suspecting that the future he saw with Asher Lambert's pack of outcasts would ever be more than a means to an end, thatans to an end, that they would become his family. And then he meets a man whose future he cannot see...

He always expected to have a family... he just didn't expect to adopt a dozen kids at once.
Rabbit omega Theo Ward was happy with his position as the head librarian, content to let love find him when it was meant to be. Instead, twelve homeless kids found him. Theo will do anything for them, even stand against the giant bear who has come looking for them...

Their only focus is the children... or so they keep telling themselves. But will the attraction and mystery be too much to ignore? Is it possible that Caspar actually has a future he cannot see?

Reaching For His Omega is the last book of The Outcasts Chronicles, and it is HIGHLY recommended you read them in order. It features a dozen shifter kids with powers and giant chips on their shoulders, a protective rabbit, and a giant grizzly who's really a teddy bear inside. 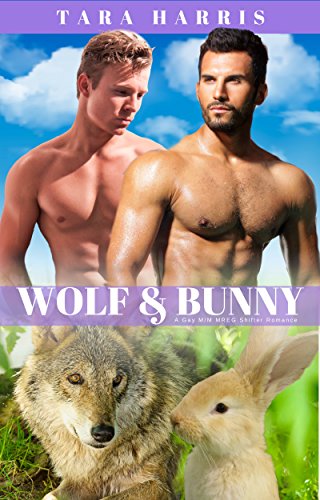 Simon Bunnily, a sweet and cuddly bunny shifter, is every Alpha's dream Omega. Unfortunately, Lucian Vort, a cruel weasel shifter, has threatened to foreclose on the Bunnily's farm. Without their farm, the poor Bunnily family will surely starve. Vort is willing to forgive their debt on only one condition- that he marry one of the Bunnily males. Unfortunately for Simon, Vort has set his sights on him.

Royal Prince Gerard has always been an Alpha wolf-shifter on the prowl, but his parents keep urging him to think of the future of the Kingdom. They would love to see him settle down with a nice Omega.

Dreading his upcoming wedding, Simon seeks refuge in the nearby forest, only to find himself face to face with a devastatingly handsome wolf shifter, who turns out to be as caring and as generous as he is gorgeous.

Can true love happen in just one night?

Will Simon be stuck having to marry an awful weasel shifter, or will true love conquer all?

This is a standalone MPREG romance novella with a guaranteed happy ending. 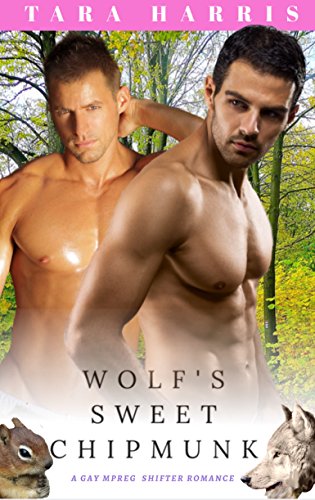 James, a virile Alpha Wolf Shifter, has always been the big man on campus, until getting busted for a wild party led to community service at the campus library. To a party animal like James, there was nothing worse than getting stuck in a nearly empty library on a Friday night. At least until he met Earnest.

Earnest is a sweet Omega Chipmunk Shifter with a big problem. He's about to go into his fertile cycle, and he needs access to a safe space. Accidentally leaving his I.D. at home means that he can't use the special Omega room, but James promises that he'll keep him safe in the office.

James has only dated women so far, but there's something about this Omega that's driving him crazy. Is it just lust, or is it something deeper?

This is a sweet, safe standalone MPREG novella with a handsome protective Alpha Wolf Shifter and an adorable Omega Chipmunk Shifter in need of a strong mate. There are no cliffhangers and a guaranteed happy ending. 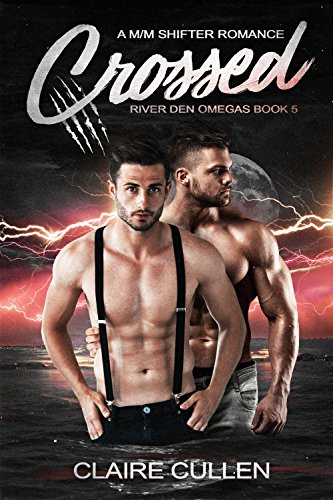 When Max is called away from his work on the new den to help rescue omegas from the hyenas, he doesn't expect to wind up on an adventure of his own. But then he hadn’t anticipated finding Oscar, an omega from a family who went into hiding when their den fell years before. To Oscar, Max is a predator, and he’s prey. Gaining his trust isn’t going to be easy. Max sees more than a potential mate in Oscar, he sees a link to the past that might just be key to saving their future. But when his own past comes back to haunt him, it threatens everything he and Oscar are building together. A mate, a home, a family. Is that too much to ask?

Oscar has lived his whole life by his family’s belief that hiding from the shifter world is the only way to stay safe. As an omega, he finds it stifling, longing for escape and the chance to find his mate. But when he draws danger down onto himself and his family, he begins to think they were right; the world outside is no place for shifters like him. When he’s rescued by Max and catches a glimpse of how his life could be, he starts to wonder if everything he’s been taught is wrong. But as he struggles to come to terms with what he’s lost, and Max wrestles with the demons of his past, can they find a way to make things work?

Crossed is a novel-length read. Beware an overlapping timeline with book four, mpreg, paint, angst, toddlers, and scenes not suitable for readers under the age of eighteen.