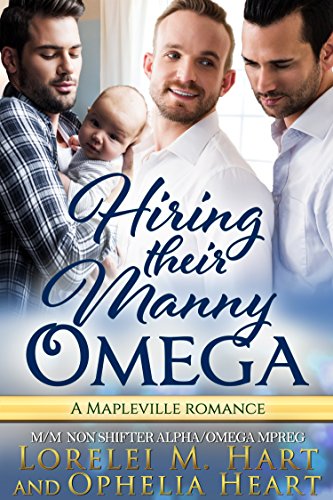 Ben and Levi have their lives planned out--and then the phone rings, and suddenly they are fathers.Happily married couple Ben and Levi have an amazing life--great careers, a loving dog, and a home they made their own in the little town of Mapleville.town of Mapleville. Then they receive the call that changes everything. Ben's cousin, a single omega with a baby, has passed away leaving behind his baby son, Tobias. Ben and Levi don't think twice about welcoming the child into their home. Only problem is--they have no idea how to be fathers, how to balance their careers with parenthood, how to even change a diaper.

PhD Candidate Cory works hard to get further in his education than most omegas ever achieve. He is this close to presenting his PhD thesis in child psychology and becoming Dr. Reeves when his academic life blows up. Cory's advisor has never pretended to like or appreciate him, but Cory never expects him to outright dismiss months--years of hard work without so much as a perusal simply because he is an omega. After having words, Cory walks away needing not only a new advisor, but also a new job. It looks like his dreams are about to go up in smoke.

When Ben's client, Maria, suggests they look into getting a nanny after they are put on waitlists at the local daycares, the couple becomes unsure. Do they really want a stranger helping raise the child they already love as their own, especially when the candidates are less than ideal?
But then Cory arrives--knowledgeable, sweet, well-liked by Tobias, and an all-around perfect candidate. If only they weren't attracted to him both physically and emotionally. As time marches on, the three become closer and closer until they decide to risk their hearts and see if a happy marriage of two has room for a third.

Hiring their Manny Omega is a sweet with knotty heat MMM male pregnancy romance with true love, an adorable baby and another soon on the way, and a guaranteed HEA. It is set in the town of Mapleville and can be read as a standalone. 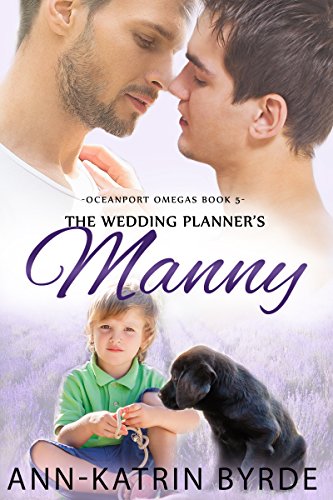 When Rhys returned to his hometown, he thought he’d escaped his abusive cultist husband, but shortly after settling back into Oceanport, he discovers he’s pregnant—from his ex. Determined to give his baby a good life and to do it without his ex’s knowledge, Rhys needs a job. Luckily, his brother’s wedding planner needs a manny. Which sounds perfect, until Rhys shows up for the interview and he realizes his new boss used to be his secret childhood crush.

Ethan spends his life planning everyone else’s happy ever afters—too bad he can’t make that work for his own life. He certainly never planned for his wife to walk out on him, or to end up the single father of two boys, yet somehow that’s where he’s found himself. But if it’s hard on him, it’s worse for his sons. Emotionally wounded, 3-year-old Caleb’s struggled in every daycare Ethan’s tried, and 12-year-old Nathan’s chased off every nanny Ethan’s hired in between. Ethan needs someone special, who can bridge the growing gap between him and the boys and make them whole again.

In Rhys, Ethan finally finds that someone. But as he watches Rhys slowly knit his family back together, he finds himself falling for the courageous young omega. Only, Rhys is still healing himself from his last relationship, and so is Ethan. It looks hopeless. But Rhys is done running, and Ethan has a plan—can they create their own happy ending from the ashes of their past? 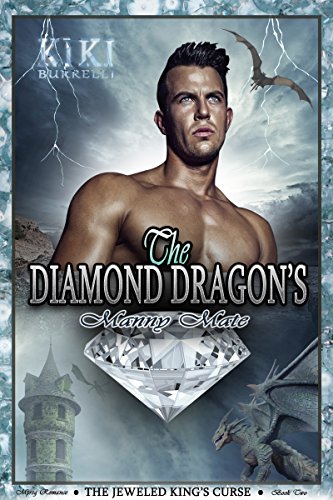 A Robin Hood conman, a cursed King and a brutal spell…Flynn Stegman doesn’t love his life as a thief, but his nephew’s expensive asthma medication isn’t going to buy itself. Besides, after this last job, he won’t have to work again. The payoff is hug. The payoff is huge, but the danger involved is life-threatening. By impersonating another man, Flynn infiltrates the island of the recently discovered diamond dragons. He just needs to stay under the radar long enough to find the item he’s been hired to steal and to get out. Preferably before he’s found out and flung off the nearest cliff.

King Sebastian has spent the last five years in mourning. A horrible curse robbed him of his true love during childbirth and he can’t shake the grief long enough to run his country. Thankfully, his sister, the Guardian Princess Sorsha has taken control of the kingdom and keeps an eye on his daughter, but there is unrest, and a powerful old enemy is using that unrest to try to take the king’s power.

When Flynn accidentally saves the King’s daughter, his plan of staying out of sight goes horribly wrong. Five years old and full of more book smarts than should be possible in a kid her age, the little Princess has been left mostly on her own in the castle, until now. Flynn can now add, manny to a pint-sized Princess, to the list of things he’s endured while on a job.
Sebastian can’t manage to ignore his daughter’s new manny, he feels a pull toward the man that Sebastian thought he would never feel again. A dragon doesn’t get two mates, so then why does Sebastian’s inner beast long for the sly human? Whatever the reason, Sebastian finds that simply being near Flynn is bringing him out of his grief, making him whole again. So, when he discovers that Flynn may not be who he says he is—and may actually be working with his most dangerous enemy—he’s torn between protecting the man he loves or protecting his kingdom.

The Diamond Dragon’s Manny Mate is the second book in the Jeweled King Curse series. It may be read and fully enjoyed as a standalone. In this book, you will find excitement, magic, romance and love with a HEA while two men find their true fated mates. 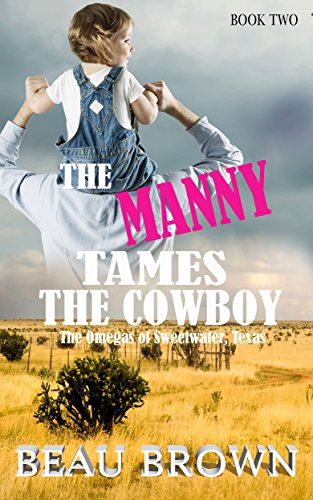 Omega, Hunter Thomas makes his living taking care of other people’s children. He adores kids, and would love to have a whole litter of his own, but he’s been mocked and ridiculed enough to know that won’t ever happen for him. No respectable alpha would ever want the son of a murderer to have his babies.

Alpha, Jake Windmire, is a widower with a five-year-old kid he doesn’t know what to do with. He loves his son, but he has no idea how to raise a child alone. He’s got a ranch to run and doesn’t have time for a kid too. When Hunter comes into his home to take care of Avery, Jake is resistant to the changes at first. This is a working ranch, not some damn daycare adventure park.

This is a sweet and sexy, contemporary, non-shifter love story with mpreg and a HEA ending. Though part of the Omegas of Sweet Water, Texas, this standalone story does not need to be read as part of the series. 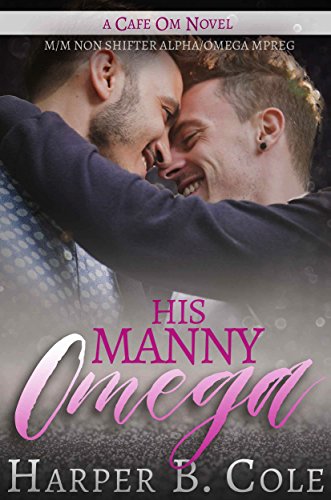 Wyatt has no interest in confusing his daughter by bringing a female nanny into their house.The three years since his wife Jen's death, their neighbor has been more than willing to take on the role as Chloe's nanny. But she's ready to move near her o to move near her own grandchildren, and Wyatt has to find a replacement. The requirements are that they be willing to live in his home, love children, and be male.

Oliver has found fulfillment taking care of other people's children since he can't have his own.

After his alpha broke up with him because he couldn't have children, Oliver found a job at the Omega House, running their childcare program. He finds the job fulfilling, but it's not easy, keeping up his optimism in the constant evidence of the result of evil.

Oliver is certain he can keep his attraction for his straight boss under control, but he can't help the way Wyatt and Chloe have captured his heart. Wyatt has never been with anyone but his wife, but it's becoming harder to deny that his thoughts toward Oliver are straying into decidedly dangerous territory.

As for Chloe? She has only one wish: for Oliver to become her daddy.

His Manny Omega is a 55,000 word novel with no cliffhangers that can be read as a standalone. It features a dedicated veterinarian, his three-year-old daughter, her manny, a unicorn carriage, and too much fluffy cuteness to handle. 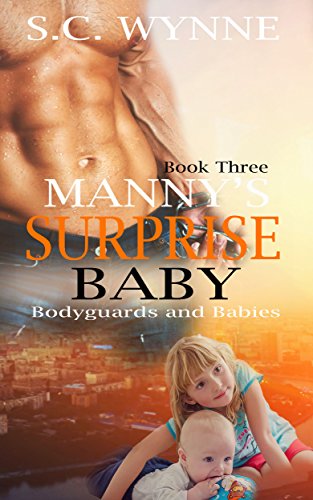 Non-Shifter Mpreg Romance. Enemies to lovers.Pierce MacPherson is a solar eclipse omega with a chip on his shoulder. He was in a horrible relationship where his alpha sold him to other alphas for their pleasure, and now that he's free, he definitely ree, he definitely has a thing against alphas.

Seth Rider works for Shield and he's an alpha with no desire to settle down with one woman. But when he discovers that a one night stand eight years ago produced a daughter he'd never heard of, he steps up to the challenge.

The problem is, Seth doesn't know the first thing about raising a kid. Pierce has some experience working with kids and when they meet, Pierce is guilted in to helping out for a week. It's only supposed to be one week. But when Seth starts having unusual sexual feelings toward Pierce, things get a little complicated. And when the two men give into their urges, and Pierce gets pregnant, things get even more muddled.

This is a heartwarming, but steamy, 62,000 word story featuring a non-shifter Alpha/Omega world and contains mpreg (male pregnancy). This is a standalone fated-mate, gay for you story and Book Three in the: Bodyguards and Babies mpreg series. 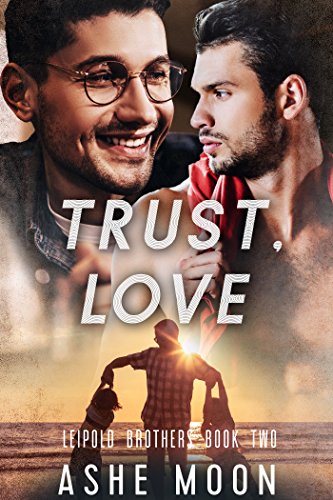 An alpha and omega who’ve forgotten how to love…Omega William Leipold has always chosen the wrong alphas. Since leaving his abusive first ex, he’s had to raise their son Nate all on his own, and through eight years of struggle he’s managed to do well managed to do well for himself. But after a string of failed relationships with alphas way too similar to his ex, William decides that love just isn’t worth risking everything he’s built for his family.

Back when Dakota Cloud was a young alpha growing up on an army base in Japan, he had a bad habit of seeking out trouble. Now, in Los Angeles, he's found a way to temper his wild ways by dedicating himself to his ramen restaurant, Send Noods. Dakota has never wanted to have a boyfriend—until William shows up for a bowl of his hot noods.

William is convinced he’s been cursed to fall for alphas who will hurt him in the end, but he badly wants to believe that Dakota is different. Can he learn to trust love?


Trust, Love is a steamy, passion-filled omegaverse romance with mpreg themes, and features a delicious mixture of angst, drama, sweetness and humor.

This book is a followup companion novel to My Next Door Omega, and can be fully enjoyed and read independently. No cliffhangers, and a definite HEA!

NOTE: This story features some scenes of violence and descriptions of physical abuse. 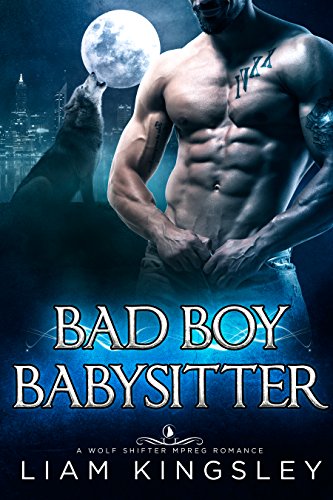 A well-to-do alpha father. A bad-boy omega babysitter. Could they be fated mates?Handsome alpha wolfshifter Gideon had his youth stolen by an arranged, loveless marriage, and despite his affluent lifestyle and a son he loves dearly, there’s something, there’s something missing.

Enter omega Ryan, who is anything but affluent. When Gideon calls on the tasty young bad-boy to babysit Gideon’s son Noah, a spark between them ignites, but will the flames burn bright enough to overcome their differences?