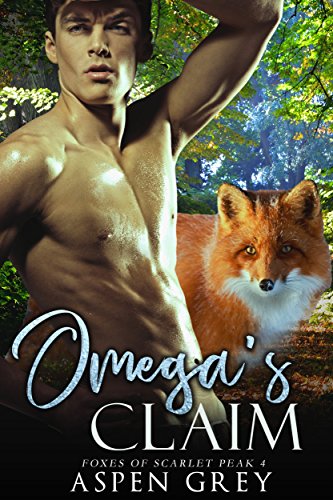 Casper isn’t alone, but he might as well be. After leaving the orphanage, he was taken in by Sonny, a powerful mob boss who will never let him go. Living as a kept man, a sugar baby, the relationship has yet to be consummated, but Sonny is determined to change that – soon.

Casper needs to get out. But it’s impossible. Sonny is a powerful man and has him under the constant watchful eye of his men. But that night, as Casper’s preparing himself for the deed, he smells something he hasn’t smelled in ten years – Red’s scent!

Reunited after ten years, will Casper and Red be able to escape Sonny’s clutches and will the two fulfill their second chance at love?

Omega’s Claim is Book 4 in the Foxes of Scarlet Peak, featuring a second chance romance that spans the years, a saucy omega not afraid to stand up for himself, and all the spicy goodness you’ve come to expect from Aspen Grey. Omega’s Claim works best when read in a series, but can be read as a standalone! Oh, and don’t forget a nice HEA! 🙂