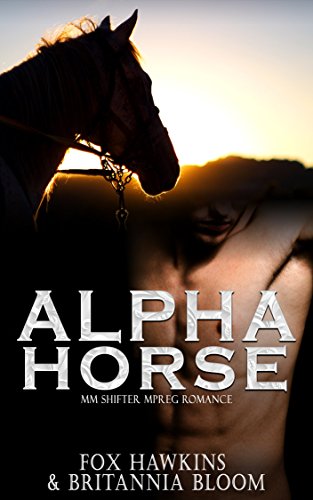 Oliver Adair, born into an illustrious, old money family, knows only the land of Britain and the etiquette of high society. With his social ties, he could have had anything he wanted... had he simply not been an omega.Rather than a valued member of t member of the family, he's instead a political pawn, and after a scant handful of sheltered years he's mated off to Ethan Campbell—an American alpha who resides in the southern United States.

Oliver loathes every moment of their mateship.

He's not even Ethan's first mate, but his third! The man has greedily constructed his own little breeding harem. Yet, it's only proper to be resigned. He's an omega; he's a tool. And, despite how the alpha dotes on him, he can't ignore the feeling that the man is disingenuous in his affections. As far as Oliver is concerned, he's in for a long, miserable life.

Everything changes, however, when the omega is gifted a horse.

Its name is absurd and wholly American: Freedom. It's improper for an omega to own a stallion, as the beasts are too large and bulky to be elegant, but Oliver is hardly going to complain. He was raised around horses and he knows full well how to handle them.

Yet he finds, to his displeasure, that the spirited animal is a giant, stubborn idiot.

And then the animal is not quite an animal at all, but a golden-tanned man with a cheeky smile and a wholesomeness that Oliver finds himself falling for, however unwillingly.

His name is Jones, he has the ability to become a horse, and he's a country alpha with a heart of gold.

But, for God's sake, he needs to put some clothes on.