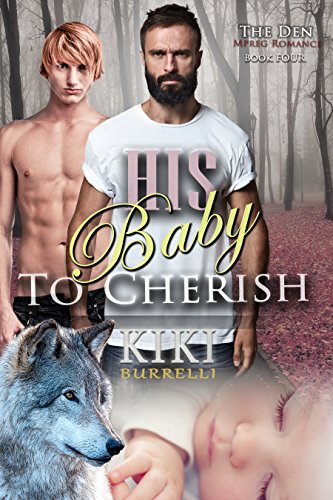 Max lives in the shadows. Hiding in plain sight, he has been a part of the wolf pack at The Den since before it was called The Den. As an alpha wolf and ex-hit man, he's hiding from his violent past, while watching his life pass him by. But living this way is necessary if he wants to be able to stay calm, stay steady and stay in control.

Until he meets a young man that makes him lose control.

Berlin cares about one thing, providing for his mother and sister. When his father died and his little sister was diagnosed, Berlin knew that they would need money and lots of it. He thought he was lucky when Pete, an old friend of his father's, came into his life with an interesting proposition. For two years, Berlin has acted as a prostitute, serving who ever can pay so he can take care of his family. Then he meets Max, mysterious, sexy and all consuming. Max wants to take care of him. The worst part? Berlins wants to let him.

His Baby to Cherish is the fourth and final Mpreg romance in The Den series. It can be read as a standalone, contains mentions to prostitution, abuse and cancer but has a happily ever after.