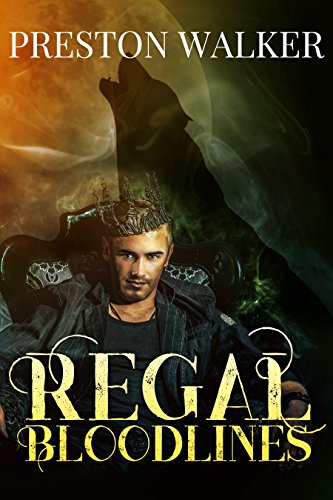 A Cinder-fella love story with a twist of kink and passion. Under scrutiny by the kingdom, Prince Alfred must prove himself as the rightful owner of the throne. With his twin brother out for retaliation, Alfred is challenged and forced to marry and o marry and produce an heir to the throne.

Omega Oscar Winters has had his share of heartbreak. After all, his last Alpha left him, and his family ripped his very own son away shortly after he'd given birth. Now, all Oscar wants is to move on with his life and help other males deliver their babies. But when the prince sends out a decree requesting all singletons to attend a ball, Oscar cannot deny his interest.

After Alfred chooses Oscar as his mate, he discovers the truth behind Oscar's past. As the two grow closer, they vow to protect each other against the vicious members of their families. In a quest to get back Oscar's baby and a fight for the throne, they learn the true meaning of love and family. But is what they find strong enough to fight the regal bloodlines that threaten to destroy them?

In this 50,000-word gay paranormal romance, Regal Bloodlines, two men learn how to fight for what they want, for who they are, and for whom they love. With explicit scenes and strong sexual content, this novel explores the height of sexual pleasure and need. And when one man discovers he's pregnant, they will both fight for exactly what they need in life.