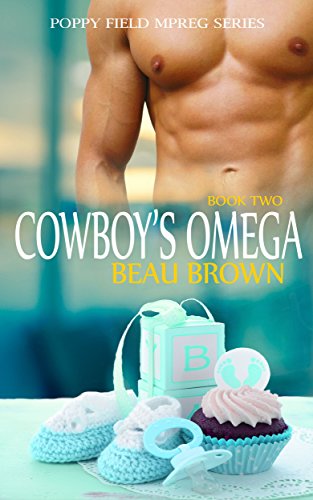 Alpha Lex and omega Stewart shared an instant, passionate attraction to each other when Lex stood up for the omega when a bar patron was hassling him. After spending the night together, they make plans to meet up the next day. But when Lex cancels, and gives no real explanation other than he's leaving the country, Stewart has no choice but to put the promising romance behind him.

When Lex returns to Poppy Field eight months later, he wants to rekindle things with Stewart. But Stewart isn't ready to jump into anything with the secretive cowboy. He knows Lex is the kind of alpha he could settle down with, and that's exactly what Stewart is looking to do; settle down. But how can he trust his heart to Lex, when the cowboy might leave town again on a moment's notice? What is Lex hiding that makes it so hard for him to commit? 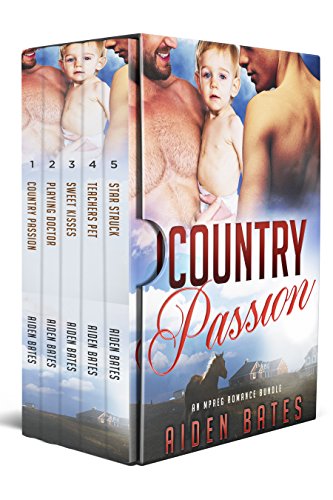 Six hot stories. 12 mouth-watering men. And the love passion that engulfs them.Remember the days of Playing Doctor? It's time to go back and play a little more. Aiden Bates will take you through a journey of real desire and pleasure in his stories his stories of gay men who finally find their true love. You'll be Star Struck by the hunky men of this series, just begging to be the Teacher's Pet. But if that's not enough for you, then take a trip south for some Country Passion and Sweet Kisses.

Anyway you look at it, every word you read, the Country Passion Bundle has something for everyone with steamy scenes, mpreg, and strong sexual content. Are you ready for some page-turning pleasure? 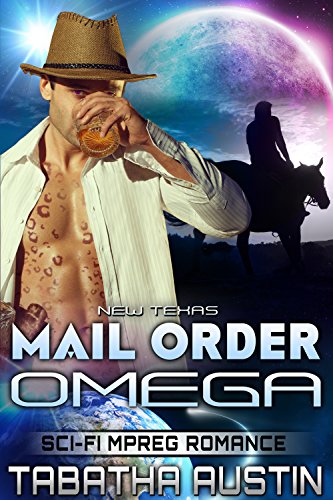 Helian’s rugged good looks and staunch Alpha male aura only tell part of his story. Inside, behind the virile persona lies someone who longs for someone to love. When an intriguing Earthling arrives on New Texas, he thinks his dreams have come true, but that elation is only temporary because Thomas has no intention of being mated to the handsome cowboy.

The stakes are high. The clock is ticking. Thomas’ resolve to never surrender makes him an even bigger target for other unmated Alphas whom might not take no for an answer.

Will Helian convince the reluctant Thomas to surrender or will his quest for love end in heartache? 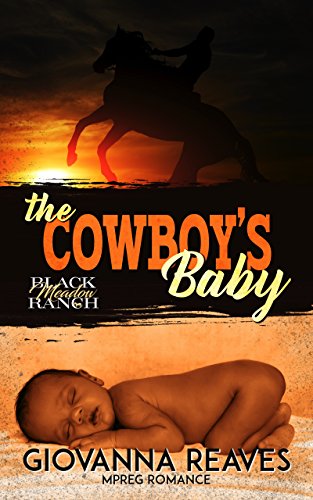 Cole Bradford needed a new start for him and his unborn child. After leaving his ex, he goes to the two people who could center him: his parents. Promising himself that he would solely focus on raising his child, he's completely blindsided by his sudden attraction for his parents' boss, Kane Cartwright.

Kane Cartwright's only focus is the successful management of his dude ranch, the Black Meadow. He's satisfied with his life as a bachelor and does not want the responsibility of a lover or children. Until the smart-mouthed New Yorker showed up on his ranch looking for his dads. And suddenly, Kane found himself attracted and wanting a man who's pregnant with another man's baby.

This story is an Omegaverse and Non-shifter. 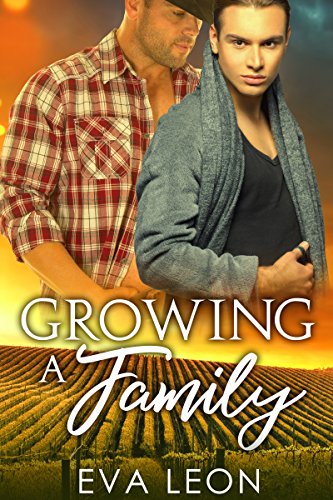 Two against the world… (Three if you count the dog.)HollisI’m an outcast in this town, but I’m not giving them the satisfaction of running me out. Everything still important to me is here—my service dog, Jada, and the indoor farming facility I’m builing facility I’m building from the ground up. I can’t do that alone, so when Eddie comes knocking for a job, I hire him. I should steer clear of the innocent Omega, but I’m drawn to him. I’m covered in scars, but they aren’t all visible. Loving him risks dragging him into my bleak existence, but not loving him isn’t an option.

Eddie
I haven’t been in Spring Valley for long, so I can see the unfair treatment Hollis gets because of his parents’ actions. I want the job, but I also want him. He’s wounded and angry, but he’s also gentle and sensitive. He needs me as much as I need him, and we won’t let this town tear us apart. That’s easier said than done when we’re contending with malicious vandals, a biased sheriff, and everyone’s disapproval. I can survive all that, but I can’t survive losing Hollis.
Growing a Family is an older Alpha younger Omega mpreg romance set in a non-shifter Omegaverse. It is a standalone story with no cliffhanger. 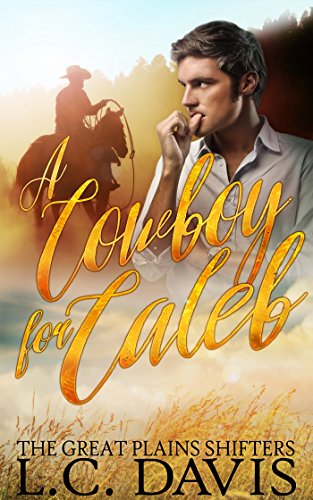 Falling for his deceased twin brother’s mate was never part of Dustin’s plan.This midwestern Alpha might be a little rough around the edges, but he lives by a few simple principles and honor is chief among them. Nonetheless, when tragedy strikes the less, when tragedy strikes the Meadowlands Pack, Dustin feels he has no choice but to bring his twin’s mate home to take care of him. The only problem is, Caleb isn’t anything like Dustin expected of the city omega who stole his brother’s heart and divided their family.

What starts out as trying to do the right thing soon becomes a blurry series of complicated decisions that lead Dustin further away from the path he’s always followed—and further into the arms of the one omega he was never supposed to want.

Caleb has been through the worst a mated omega could fear. He’s lost his mate and their unborn child, and now he finds himself at the mercy of an Alpha who has every reason to hate him.

Despite being twins, Dustin and Caleb’s former mate, Alec, are nothing alike. Caleb wants nothing more than to please his new Alpha and secure his position in the pack, but Dustin seems to take everything he says the wrong way.

As forbidden tensions mount between Alpha and omega, Caleb begins to fear that Dustin will start taking his developing interest the right way.

~ Approximately 38k words. This shifter romance contains mature subject material that follows MPREG tropes and may have a rough road leading up to the inevitable happily-ever-after. Adult audiences only. 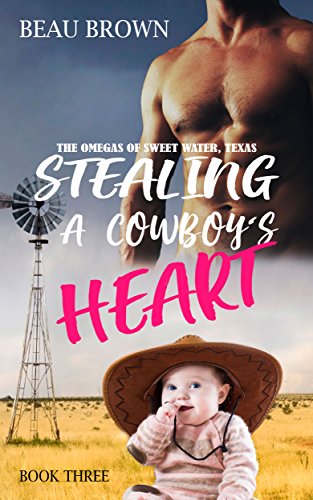 Tex Greerson can have just about any omega he wants. He’s pretty much plowed through all the single omegas in Sweet Water. Even though Tex secretly yearns to find an omega of his own, no one has been able to convince him to settle down.Griffin Kantaiiffin Kantain is seven months pregnant and running from his abusive alpha. When he tries to steal Tex’s truck, the cowboy stops him cold. When Tex realizes Griff is pregnant, he’s driven to help him.

Griff isn’t originally from Sweet Water and he doesn’t quite understand all these goody-two-shoes who are trying to help him. Most perplexing of all is the sexy cowboy, Tex, who’s taken him into his home. Griff can’t tell if Tex just sees him as a charity case, or if maybe there’s something more between them.

This 36,000 word book is a sweet and sexy, contemporary, non-shifter love story with mpreg and a HEA ending. Though part of the Omegas of Sweet Water, Texas, this standalone story does not need to be read as part of the series. 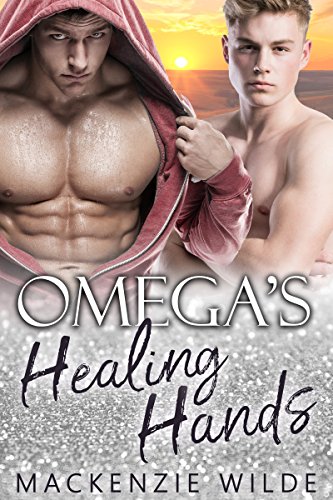 Time may heal all wounds, but only love conquers all.Danny McEwan is a hotshot Alpha just weeks away from his chance at impressing a scout for the National Hockey League. His talent, grit, and years of hard work all but ensure that he'll be called upbe called up to the big leagues. His worst fears are realized when a horrible accident destroys his dreams and his future. Unable to face the pity of loved ones, he finds his new best friend in a fifth of whisky. And nothing, not even a snarky (and hot as hell) physiotherapist is going to tear that bottle out of his hand.

Omega Brad Timmins left his east-coast life behind when he settled in Shale River for work. Life away from his family has been rough, and a forbidden attraction to one of his clients isn't helping. Danny's muscled form is hard to ignore, but it's the haunted look in his eyes that claws at Brad's heart. It’s not just Danny’s gorgeous body that needs a healing touch.

Brad’s smart mouth keeps Danny on his toes, but he still struggles to overcome his demons. Will Danny return to his hard-partying ways? Or can Brad – and an unexpected pregnancy – heal the broken man’s wounded heart?

Set in the prairie town of Shale River, this non-shifter MPreg is a 60,000-word full-length novel with no cliffhanger. It contains an enemies-to-lovers story line, steamy scenes between an Alpha/Omega couple, pregnancy risk, filthy language, romantic secrets, and handsome country gentlemen in cowboy hats and tight jeans working their hardest for a happy ending.